Get Ready for Late Summer Deals on Short Sale Homes 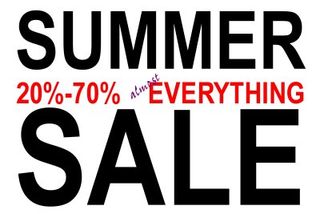 A recent article by Don Lee in the LA Times titled Another wave of foreclosures is poised to strike highlights the wave of foreclosures that is likely to start breaking onshore by late summer.  He cites that the most of the big banks are going to push to clean up many of their properties in default now that the moratoriums from the Obama administration have lifted.  Adding to the problem are increasing unemployment, likely rise in interest rates, and increasing default rates on mortgages and lines of credit.  In particular, he cites the percentage of loan modification applicants that don’t qualify.

The rapid pace of layoffs is of particular concern. Employers shed nearly a half-million jobs in June. Homeowners who are out of work have little chance of having their mortgages modified. That puts many homeowners on a collision course with banks that are preparing to take a more aggressive stance. “Absolutely,” Chase Bank spokesman Tom Kelly said when asked about an impending surge in foreclosures. Since April 6, Chase has approved modifying 138,000 loans under Obama’s program. But an undisclosed number of other Chase borrowers didn’t meet modification eligibility, and many of those homeowners face possible foreclosure.

Separate from that group, Kelly said, Chase is proceeding to deal with an additional 80,000 borrowers in default whose foreclosure process had been voluntarily halted by the lender starting late last year.

Summer is typically the hot season for home sales.  We think this will still be the case, but with prices heading lower on higher volume.