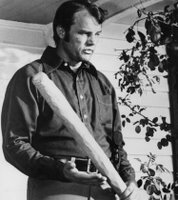 It seems that some people in Washington are starting to realize what we in the mortgage business have known for a long time – loan modifications don’t work.

Jim Puzzanghera reports in the LA Times this morning that:

But now that they are listening, what are they going to do about it? Sounds like Senator Sheldon Whitehouse (D:R.I.) would like to place an order for a full serving of working class votes:

“It is clear to me that Congress must do more to help struggling American homeowners.  If we fail to act, I fear that we put ourselves at risk — that a vicious cycle of foreclosures, falling home values and declining tax revenues will keep us in recession for years to come.”

Ah, yes.  Its the ol’ “If we fail to act now, it will be financial Armageddon” play.  This play worked wonders for taxpayers last year when we pumped a trillion taxpayer dollars into the banks with no standards of accountability or accurate way to track the funds.  We, Senator Whitehouse, have acted, and we have failed.  Maybe its time stop acting Senator Whitehouse and let the most efficient and effective system of wealth creation known to mankind clean up this mess – it’s called free market economics.

A few months ago, I wrote a letter to Senator Feinstein outlining the factors that will lead to trillions of dollars in increased costs to average Americans if judges are allowed to modify loan contracts.  Unfortunately, Senator Feinstein didn’t read it and sent me a spam letter in response to prove it.   Now that it looks like this issue is going to be up for a vote again, we need to email our senators and congressmen to vote it down.

I am in the mortgage industry in Southern California and I rarely take the time to write my Senator, but in this case I feel that your vote on this issue is too important for me to sit on the sidelines.

I have lived in California for 8 years.  I was trained as an economist in college and I, along with most credible economists, banks, the Mortgage Bankers Association and the overall investment community at large, believe strongly that allowing bankruptcy judges to modify loan contracts on primary residences will have dire unintended consequences in both the short and the long-run and will not have much immediate effect on solving the housing crisis for 4 main reasons:

1.  Moral Hazard.
This plan will actually work against the Treasury’s “Make Home Affordable” initiative, as people will seek  bankruptcy court as a first option vs. a last option (even with the 30 day modification clause).  I believe that the Treasury’s plan has the potential to work and it is the best plan I have seen up to this point.  We need to give it a chance to work within the framework of a free market economy, where the rule of law stands.

2.  Investors.
The mortgage market works because investors like hedge funds, foreign investors, pension funds, etc. buy mortgage backed securities in a free market where the price reflects the risk they must take.  If the written word of a contract can be broken by a judge, then there is no rule of law and no predictive earning potential for the investor.  Without a predictive income stream, investors will have to increase the amount they charge (possibly double-digit interest rates) on the money they invest.  This will ultimately cost average Americans trillions of dollars in extra financing costs.  The cost will far outweigh any benefit to the few homeowners this legislation will help in bankruptcy court.

3.  Lawsuits.
Many of the investors mentioned above have already indicated that if their contracts are modified without their consent they will sue.  The amounts of these lawsuits will certainly be in the billions and possibly trillions. Is the government (taxpayer) going to bear the cost of these suits?  And if so, what is the net benefit of helping a few thousand homeowners lower the principal on a home they couldn’t afford in the first place?  The net benefit of this plan is nominal compared to the long-term costs of implementing it.

4.  Supply & Demand.
This legislation will increase the time it takes for the economy to begin to grow again.  Before banks can lend and before jobs can be created, the market must be cleared of the oversupply of houses on the market.  Just like any market from the farmer’s market to the stock market, the housing market is based on supply and demand.  Market forces are stronger than government intervention programs.  What needs to happen to clear the housing market of oversupply is to actually lower the price of all of these homes further, not support the price.  The market is recovering from a hangover from a 5-year, “no money down” keg party.  These foreclosures are necessary and, ultimately, good for our economy.  They will get people that can afford these homes to buy them.  This will end the main problem of too much supply more quickly and get our economy back on track.  These new buyers will then buy goods at Home Depot and Lowe’s to fix the homes up.  They create orders for new products and create jobs and rental housing for people that are not yet financially capable of owning a home and paying the full mortgage.

I believe in the working class of this country.  I am from a poor family in a small town in northern Minnesota.  Hard working people where I am from understand that sometimes we need to simply admit that we made a mistake.  That maybe we bought more home than we could afford and we bought it at the wrong time and we need to figure out a way to get financially healthy and start fresh by getting out of the home ownership game for a few years.  Maybe the answer is to allow someone that can really afford our home to buy it, rather than suffer every day as a slave to the mortgage. We will be back to fight another day and to buy another home that we can really afford.

I am hopeful that you will not vote in favor of granting bankruptcy judges the power to modify primary home mortgages.

Thank you for taking time from your busy day to read my letter.